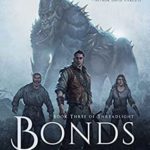 A fitting end to a fantastic trilogy. Once again we are shown this fantastic world from the views of the characters that we have come to love and admire over the course of the previous two books. It picks up right from where the previous book had ended, the action immediately keeping the reader engaged and on the edge of their seat. The family ties that are so dominant are strengthened in all of the ways that they deserve to be. The war that will happen for the reader is the question of if they should eat or sleep versus just pushing through in one sitting. If there were ever a vote for perfect sequel, this would be right at the top of my list! It beautifully continues right from where book 1 ended and continues without allowing a reader to catch their breath. It adds to everything in exactly the way that could be hoped for. It is exciting, full of intrigue, deception and more. This is the type of fantasy book that I am looking for to intrigue the mind and keep me turning the pages without a thought to what time it might be. 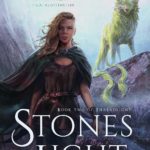 Stones of Light is the sequel to 2020’s Voice of War and the second book in Zack Argyle’s Threadlight trilogy. Although I had a few issues with the first book (you can read my spoiler free review here), I am happy to say that its sequel improved on every bit that made the first book great AND resolved my very minor gripes. I am so happy to have gotten the opportunity to read this book early but, like, is book three almost done because I have QUESTIONS? Seriously, I had just recovered from the whiplash of the ending of book one and Argyle does this? 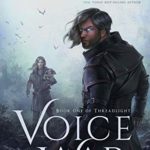 Voice of War is the self-published, debut fantasy novel from Zack Argyle. I was initially turned on to it a while ago when its cover art was updated to the current masterpiece that you see above. When an opportunity to review its forthcoming sequel, Stones of Light, presented itself then I knew that it was time to jump into this series headlong. And, boy am I glad that I did. With a new cover and a comfortable standing in second place (so far) in this years SPFBO contest, I am hoping that this book and its sequel will finally get the recognition that they deserve.