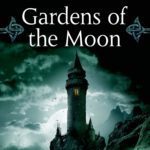 It has taken a decade or more for me to bring myself to read Gardens of the Moon; I’ve been staring at it on my bookshelf since before the final volume of the series was released way back in 2011. To put that into context, even if only for myself, I have owned a physical copy of Gardens of the Moon for almost as long as my thirteen year old daughter has been alive and yet I never even opened the front cover until just a few weeks ago. There are many reasons for this, but probably the largest is the buzz surrounding the series. Spend more than a few minutes in any book-related community and you’re bound to get Malazan recommended to you at least three times. You’ll hear buzzwords like, dense, complex, a slog, and brutal. Which is not to say it isn’t those things. It is! But, in a good way. Let me explain.