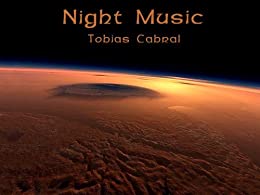 The colonization of Mars has begun.

Following a rapid expansion of the manned space program due to the discovery of a potentially catastrophic Earth-crossing comet, Zubrin Base has been established on the Red Planet to oversee the capture of the rogue object.

During final preparations for a second expedition, however, contact has been lost with the outpost. Pilot Seth Boaz finds himself re-tasked for a rescue mission, one which will force him to confront his own past, as well as otherworldly forces with profound implications for humanity’s future.

A “Hard” Science Fiction space exploration novella, with affinities to the work of Greg Bear, Michael F. Flynn, and Arthur C. Clarke, NIGHT MUSIC incorporates realistic, near-future space technology and Mars mission and colonization models, as well as elements of Complexity Theory and nanotechnology. The author is a clinical psychologist, who applied that experience to the development of distinct and fleshed-out characters who speak with realistic voices.

Disclaimer: At Team Escapist, we have narrowed our original allocation down from 28 books to 8 Quarterfinalists. Each of us are reading in full and scoring out of 10 points. The top three books will move forward as Semifinalists. This review and score is my own personal experience. It does not represent the overall views of Team Escapist.

Set on a mysterious and unsettling Martian world, Night Music brought forth an otherworldly force that drew from its eerie origins.

Combining hard science fiction with big ideas, Night Music told a compelling story that became more vivid and prominent in my memory the longer time passed. I found myself continuously thinking about the ideas depicted. The story holds a lot of food for thought although it requires a bit of patience. The writing style felt a little excessive and overwritten initially but the longer I sat with the story and became immersed in the narration, it ended up feeling rightly apt for the general feel the author had for the story.

The plot revolves around a rescue mission on Mars. There was a base and crew established on Mars for the purpose of capturing a comet that was declared potentially catastrophic to Earth. Before a second expedition to this Martian base was launched, Earth lost contact with the base. The expedition swiftly turned into a rescue mission.

Night Music housed quite a few interesting ideas and included a realistic approach to characterization. The authors background is in clinical psychology and it’s evident throughout the dialogue and character interactions. There was a wealth of quirky infused dialogue along with the intelligent scientific kind. The rescue crew witnesses first hand the changing environment on Mars. I was fascinated by the lengths this otherworldly force went into protecting all indigenous populations, and I couldn’t stop thinking about this benevolent intent. The unfolding of the setting occurred naturally within exploratory missions.

An element that was a little inconsistent was the speed at which scenes unfolded. At times, scenes were a little unbalanced and any tension and sense of urgency that should’ve been present was absent. Particular scenes played out like they came straight out of a movie. This doesn’t necessarily work for me because I can’t form any attachment with the action. This ended up feeling like subtle time jumps where I was missing a wealth of momentum and build up. A slower build up would’ve allowed the reader to take in more tension and details. One such scene that I’m referencing revolved around the mountain eruption. The pacing before, during, and after didn’t translate too well for me as a reader. There were also some uses of imagery and descriptions that were not entirely relevant which pulled me out of the story.

Overall, I enjoyed the approach to characterization, atmosphere, setting, and use of ideas. The pacing and writing style removed me from total immersion in the narrative, causing some difficulty connecting to the significance of what was occurring. As I mentioned at the beginning of my review, despite some of my reservations, it’s been one of the few Quarterfinalists that has stuck with me afterwards and has been one of the hardest for me to review and score.

I use a rating system that considers the characters, setting/world building, atmosphere/tone, writing/narrative style, plot, intrigue, enjoyment, pacing, originality of ideas, and use of themes. After rating each of these areas individually out of 10, I add up, divide and I’m left with a final score that has taken into consideration many different aspects of the story. For the purpose of the SPSFC2 competition, this is a rating of 7.5 out of 10. As a reminder, this review only represents my personal opinion and does not reflect the entire teams thoughts. Thank you for reading.