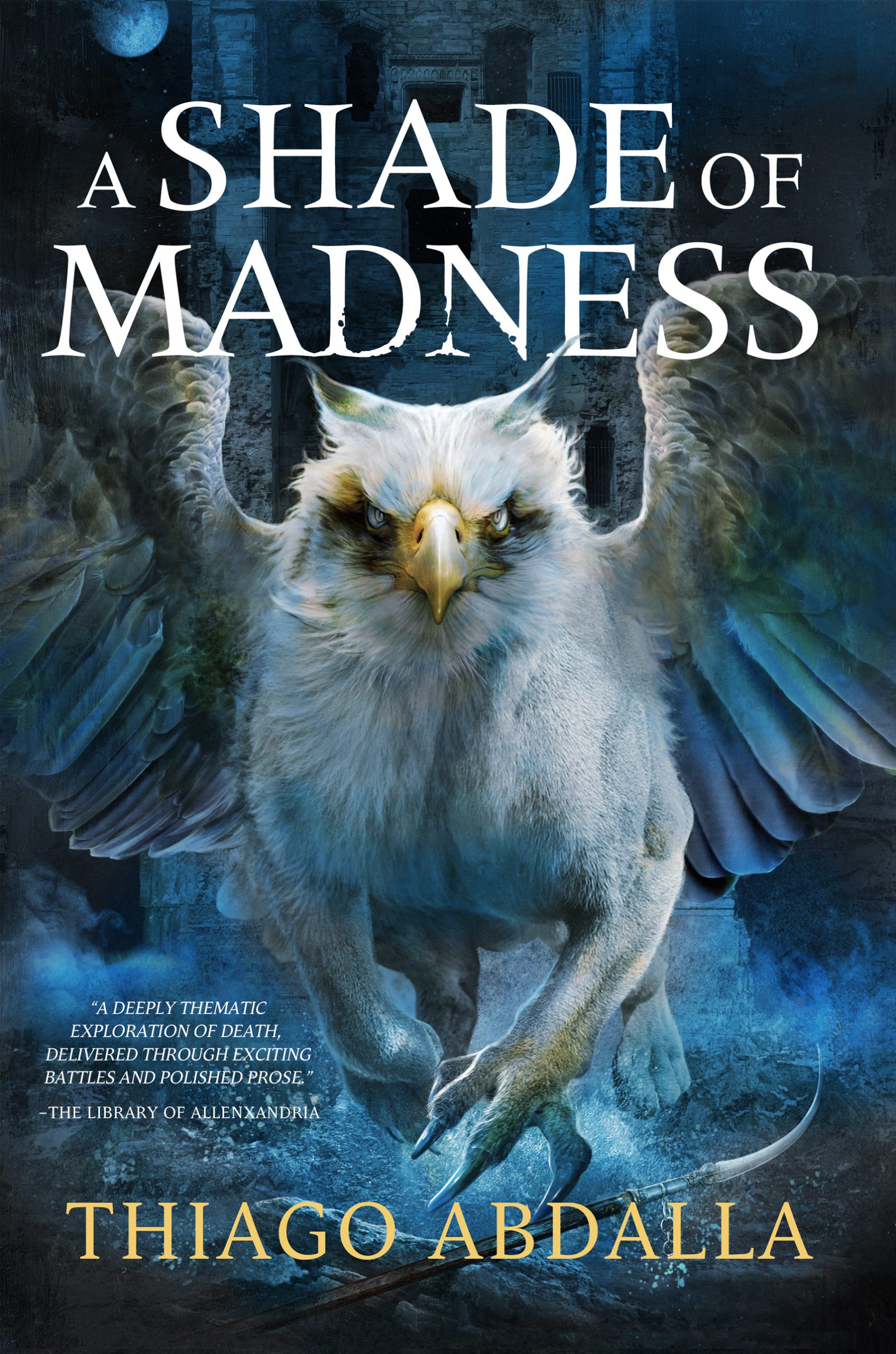 Avarin tumbles into madness through the shattered ruin of a centuries-old peace.

As griffin riders clash against airships above and hordes of madmen below, Lynn finds herself surrounded by enemies. Ones that will test the limits of her faith. To defeat them, she must risk everything… including her sanity.

Adrian has lost the Legion, but new magics on foreign shores might be the answer he needs to rebuild his army. His return to the Domain will bring vengeance, and the hope that he will finally prove himself to his father.

Nasha’s curse has taken on a new, terrifying shape. She dreads it could be just what the dead goddess needs to escape from Her prison within the Silent Earth. Will she be strong enough to resist, or will Nasha’s curse give rise to the monster she fears to become?

Madness is spreading and it cares not for the borders of men.

A Shade of Madness is the second book in the Ashes of Avarin series, picking up straight after the exciting conclusion of A Touch of Light.

A Shade of Madness picks up immediately where the previous book ended, fulfilling on promises and continuing to create a world full of depth, with characters that are unique and individual. Taking the threads and crumbs from the previous installment, it continues to build the overall masterpiece that the author has planned. It is beautiful to see that everything that the author mentions is done with a purpose and with an end goal in mind. Those who want to know the majestic power of griffins, this is the series that was written for you.

The strength of this novel for me are the characters once again. We get the same familiar favorites with the addition of a new fantastic character that just adds more to the world and the understanding of it. The thing I love most about them is that they are all unique with their own goals and ambitions. This is a novel and series that will not hold your hand, no easy explanations of how it all comes together. This can be something that is unsettling to some readers, but I believe in the author to continue to blend this wonderful tapestry together into the vision that he has.

A fantastic debut in what is one of the most promising series that is being written. The careful consideration that has been taken to all of the small details allows for so many theories to be created, as well as allow for new discoveries each time that it is read. Strap in and prepare for a griffin takeoff into the wonderful world of Avarin, where the Madness is just beginning.

Disclaimer: I received a copy in exchange for a review. I also consider the author to be a good friend.