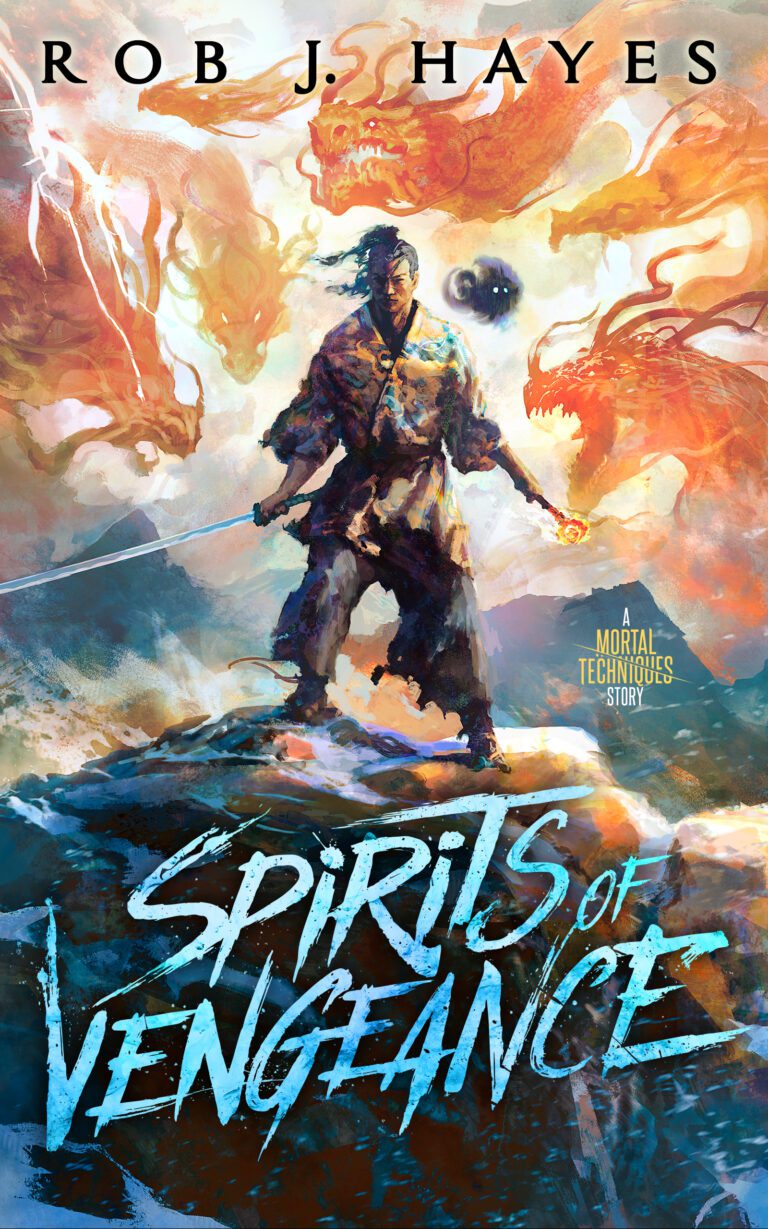 He’ll die as many times as it takes.

The Ipian Empire was once a land that welcomed dragons and spirits alike, but a century of war and bloodshed saw them all but vanish. Now, the lost things are returning and the Onryo have gathered. Five legendary spirits with mysterious powers, bent on freeing an ancient evil that would wreak havoc on humanity.

Haruto swore his soul to the God of Death for the chance to hunt down the vengeful ghost of his wife. Now an onmyoji, he’s tasked by the Imperial Throne to hunt down monsters and malicious spirits. But he knows not all spirits are evil and not all deserve the peace of the sword.

Kira is a student at Heiwa, an academy for children with dangerous techniques. But she has a secret, she’s not like the other students. When the school is attacked, she flees with one of the tutors, determined to hide both from those who would kill her, and those who would use her.

As a plague of spirits sweeps across the land, the Onryo leave a bloody trail for Haruto to follow. But who’s hunting who?

The best of the bunch! Bigger in scope than its predecessors, Never Die and Pawn’s Gambit, Spirts of Vengeance takes all the best bits of what’s gone before and provides another epic story with a brilliant group of diverse characters.

This is probably my favourite group of characters in the series, with Guang being my favourite. I didn’t think anyone could top Iron Gut Chen from Never Die, but I think Guang just edges it with his unique profanities and wonderful stories. The relationship between Guang and Haruto is superb. Then we have Kira and her mentor, Yanmei. Each character’s personal story arc is brilliantly woven into the story. There are emotional moments and laugh out loud moments too – the balance is perfect.

This entry in The Mortal Techniques series, for me, has by far the best action and fight sequences, and has great character arcs, filled with intrigue and emotion. The magic, lore, and creatures in this world are fantastic. Someone really needs to option this series and turn it into an animated series. It would be amazing.

Rob J. Hayes has created a wonderfully imaginative world and story, that builds upon the already phenomenal world building of the previous two entries. If Rob tops this with the next entry in the series, then I will be well and truly gobsmacked (but not really).