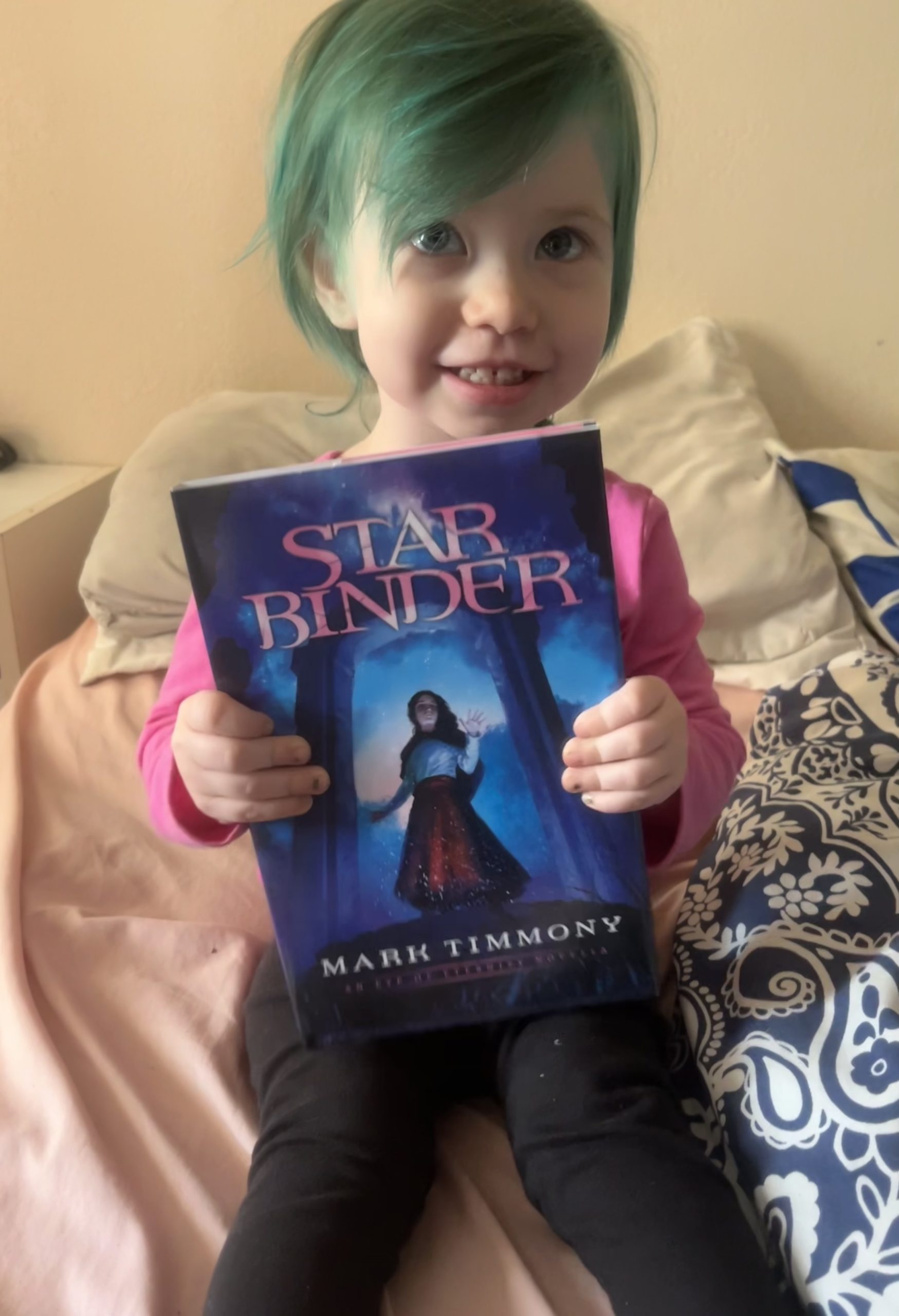 Forged in betrayal. Tempered by the stellar winds. Chosen by the stars.

For five hundred years since the Sundering, the order of the Shaluay Starbinders has been dwindling. With their Starwells lying dormant, key artefacts of their order lost and their seers driven mad by the powers that broke the world, only one hope remains to the man who leads them; a fifteen year old girl.

Born to a clan of Wanderers, Reiana has been raised by a harsh grandmother who blames her for the death of her daughter, Reiana’s own mother. When bandits attack the clan’s camp, Reiana leaves the safety of the caravans to pursue the abductor of her younger cousin, heedless of the dangers.

But when a creature of the Void takes notice can Reiana’s own untapped abilities save her, or will the truth of a betrayal see her lost forever?

Starbinder is an action-packed prequel novella to The Blood of the Spear.

The Blood of the Spear was definitely one of my favorite reads of the year. It captured everything I love about classic fantasy and mixed it with modern ideas brilliantly. It is with immense joy that I say, Starbinder continues that trend.

In a very short time, Mark Timmony dropped back in his world effortlessly, regardless of the fact that novella predates The Blood and the Spear considerably, timeline wise.

Starbinder starts off with bang, quickly leaving behind the synopsis and thrusting the reader into uncharted and truly magical territory. Timmony’s imagination soars with the world-building and magic system.

Mark Timmony offers readers a fascinating glimpse into the past of his ever expanding world, with a fast-paced novella that is sure to peak the interest of new readers, while giving fans just enough to keep us coming back for more.