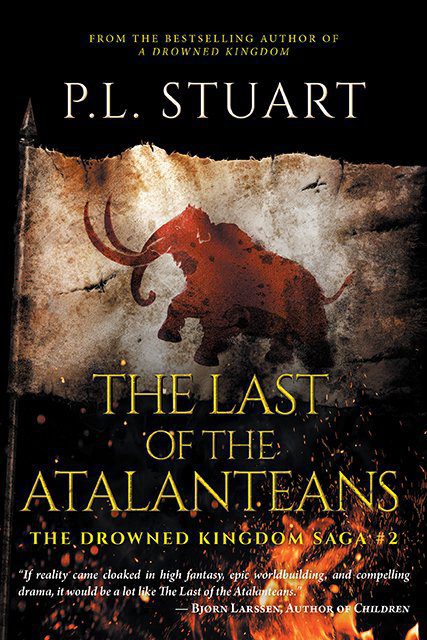 A painted mage. An unfaithful queen. A stolen throne. Three lords in disguise. Escaping Atalantyx’s destruction, Prince Othrun has forged alliances with Eltnish kings: former enemy Hert and King Wely, who has promised Othrun a kingdom of his own.

When Wely’s realm was stolen by Wely’s wife, a powerful mage, and Wely’s brother, a feared warlord, Othrun hatched a daring plan to restore the rightful king. The bold scheme involved Othrun entering Lynchun in disguise, risking his life and the life of those with him, to topple the usurpers. But for Othrun’s plot to succeed, he must entrust his Atalanteans into the uncertain hands of Hert—on the cusp of confronting his own political challenges to kingship, while tasked with protecting Othrun’s followers—even as Wely, a captive where he should be king, gambles both crown and the head upon which it sat on Othrun’s survival.

Othrun’s abilities, faith, and trust in his mysterious guardian spirit are soon to be tested. The mage Lysi continues to entangle herself in Othrun’s affairs, tempting him, challenging his beliefs, and threatening to bring his plans to ruin. But Othrun, Lord of the Last of the Atalanteans, does not intend to fail. He will be a king. Or die trying. Othrun will go to battle, and he will triumph against the odds. If not, all will be burned to ashes, consumed in the fires of his ambition. And so, the ancient war banner of Atalantean kings will fly. One last time. A kingdom has fallen. A legend will rise.

Wow. Once again that has been my thoughts since I wrapped up reading this wonderful novel. The world that has been created by the author is so captivating and deep. The political intrigue that is shown still reads as if it is from the pages of a history book, all being explained from the character that has lived in the midst of it. Once again, told mainly from the single perspective of Othrun, we see the beautiful flaws that have been created by the author. I call them beautiful because the author has captured the thoughts and feelings of someone who has such a single minded view so perfectly. With a much more exciting pace, this second entry is one that will occupy your thoughts for months to come.

The strength of this novel is once again the characters that the author has created. They are real, frustrating, and wonderful. Needless to say, they feel like real people. I am in awe of the attachments that the author always makes me feel to them. The deep political issues that are present within the novel could be too much for some readers, but they add a level to a world that is so well thought out and explained, that they read as very real issues.

Overall, this is a series that has me invested in every way that it can. I look forward to more bloody conflicts, political intrigues, and seeing how Othrun continues to develop. This is a series that will keep you thinking about it at all times of the day or night. I felt the shock of what had happened and I keep thinking about it, even after finishing it days ago. If you haven’t read what has happened to the Atalanteans, you should.

Disclaimer: I have two disclaimers. One is that I received a copy from the author. Two is that I read this as part of a tour for Escapist Tours. Both are in exchange for a fair and honest review.