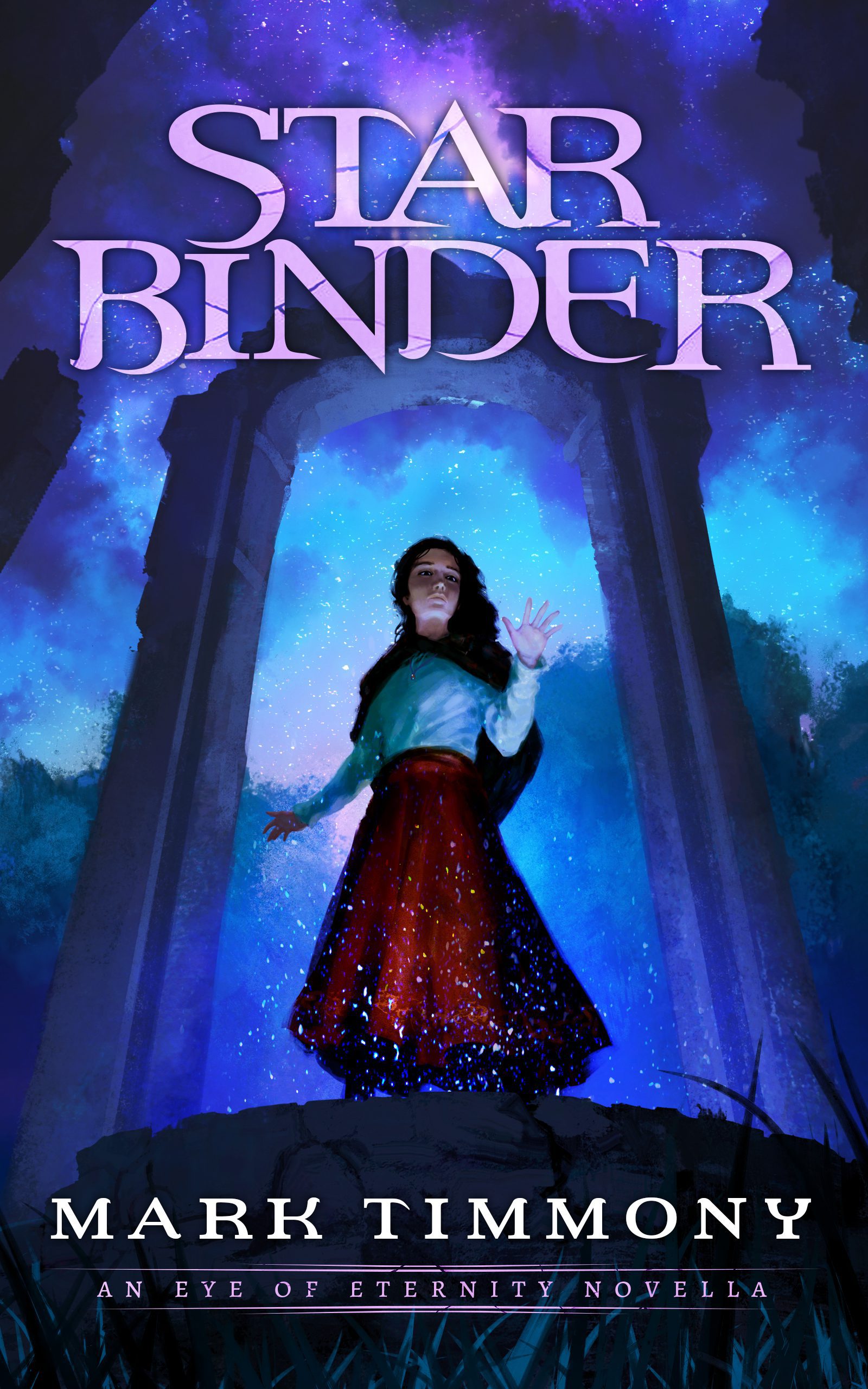 Forged in betrayal. Tempered by the stellar winds. Chosen by the stars.

For five hundred years since the Sundering, the order of the Shaluay Starbinders has been dwindling. With their Starwells lying dormant, key artefacts of their order lost and their seers driven mad by the powers that broke the world, only one hope remains to the man who leads them; a fifteen year old girl.

Born to a clan of Wanderers, Reiana has been raised by a harsh grandmother who blames her for the death of her daughter, Reiana’s own mother. When bandits attack the clan’s camp, Reiana leaves the safety of the caravans to pursue the abductor of her younger cousin, heedless of the dangers.

But when a creature of the Void takes notice can Reiana’s own untapped abilities save her, or will the truth of a betrayal see her lost forever?

Starbinder is an action-packed prequel novella to The Blood of the Spear. If you like flawed heroes, fast-paced storytelling, and intricate world-building, then you’ll Love Mark Timmony’s character-driven introduction to the epic fantasy series, The Eye of Eternity.

Starbinder is a fantastic novella that shows the promise of an excellent writer. The world is fantastic and it wastes no time in throwing the reader right into the middle of the action. It was with great surprise that I became attached to the characters in a very short amount of time, eagerly looking forward to what would happen to them. It leads to a reader wanting to immerse themselves in a world full of magic and creatures that promise to leave the reader with many adventures.

It is hard to pinpoint the exact strength of this novella, as each part is done in an expert way. The characters are fantastic, each having their own distinct personality, all set in a pace that is expertly done. It reads fast, making the reader become fully lost within the pages that it contains. The only thing that I could say over and over again, is that I wanted more! It definitely set the stage and made me look forward to reading the entire series.

Starbinder will leave you breathless, filled with heart-pounding action with extremely engaging characters. The magic flows off the pages, entrancing all who read it, ensnaring them into the adventure that they will not want to escape. I eagerly encourage all to pick up this novella and become introduced into a world that will definitely be talked about in many fantasy circles.

Disclaimer: I received a copy as part of a tour from the Escapist Book Company. This was done in exchange for a fair and honest review.