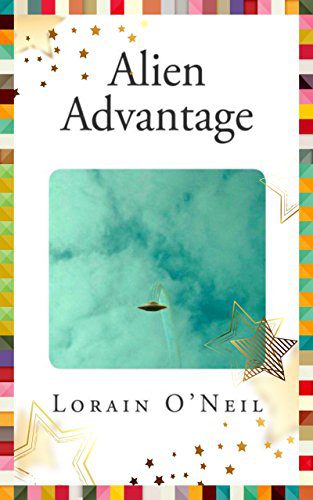 Comfortable. Safe. Orderly. That’s what Mark Hemmings happily thinks of his law student life until one balmy Florida night he foolishly runs out to gawk up at that light in the sky. Zap! Mark is kidnapped by space aliens.

When the aliens’ experiment on Mark teaches him just a little too much, Mark is able to accidentally steal one of their ships and plunge back to Earth, only to land smack into the clutches of General Peerless and Dr. Montgomery, the warring co-directors of the U.S. government’s secret facility for returned abductees, Little Island. Little Island is the secure prison where the government “collects” returnees who’ve been taught by the aliens to use their minds in special new ways, like telepathy and telekinesis, or in Mark’s case, how to fly a spaceship with just his thoughts. Being the only person who can –sort of– fly the spacecraft makes Mark just what the government is looking for, but an imprisoned life on Little Island isn’t exactly what Mark had in mind. Not that Mark’s feelings matter, because no Returnee has ever escaped Little Island. But then again no Returnee has ever arrived with his very own spaceship.

Alien Advantage is a story about aliens in which there are no aliens, but a main character fighting for free will and redemption as he, the Doctor and the General, battle each other to win, the Doctor by manipulation, the General by force, and Mark by his wits… and spaceship! A humorous novel of chase and determination, and above all else, refusing to forget who you are, despite the craftiest of temptations.

Disclaimer: I read this as part of SPSFC. This review is my own personal thoughts and impressions and do not represent the overall feeling of Team Escapist.

This is a book that is for those who like alien encounters in the lines of the grocery store. What if those weird tabloid stories were true and what would the world do about it? This is the vibe that this book gave to me. Told from the perspective of one character that has been abducted, it throws the reader right into what the characters themselves might be feeling as they try to navigate the world after an abduction. The beginning chapter was a little jumpy, but then found it’s groove to keep the reader guessing as to what might happen.

The strength of this novel is the pacing that the author chose to take. It makes the reading smooth and gives that same sense of wonder and hopelessness that the characters might be feeling. The characters are where I felt some improvement could be had. There are a few strong characters and then the rest have some minor inconsistencies where it made me scratch my head for a second. I would also note that though labeled as a humorous take, the novel itself did not read as a humorous one.

A fast standalone read, with a normal character trying to outthink the world just so he can be free. It is not science heavy, allowing for all types of readers to enter into its world and find the hope amidst the chaos of a frantic pursuit. It will make readers think about what would happen to them if they happened to be abducted and thrust into a world that was previously hidden to them. Overall, a pretty decent adventure that will keep people guessing right up to the very end.