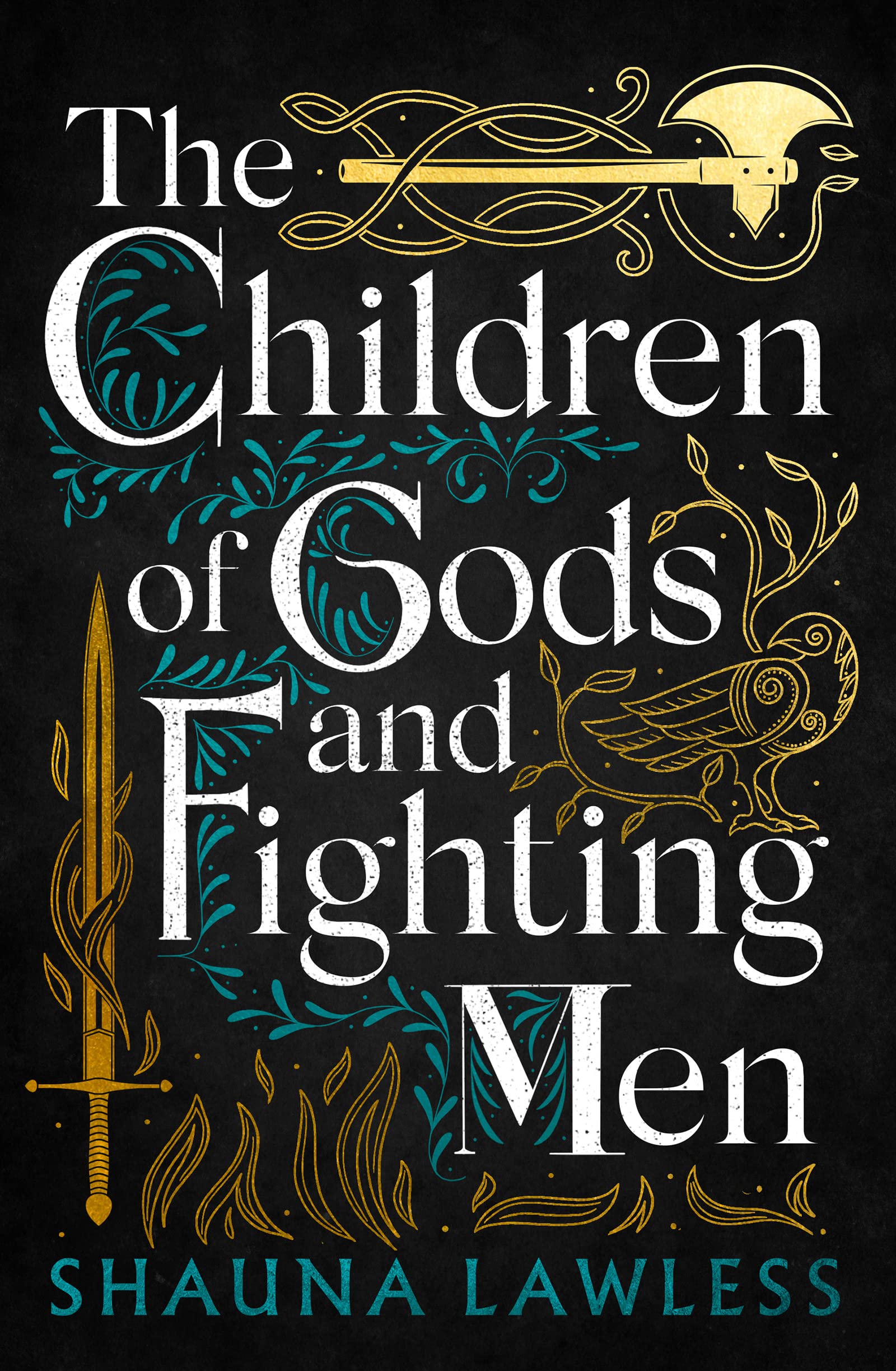 The first in a gripping new historical fantasy series that intertwines Irish mythology with real-life history, The Children of Gods and Fighting Men is the thrilling debut novel by Shauna Lawless.

They think they’ve killed the last of us…

981 AD. The Viking King of Dublin is dead. His young widow, Gormflaith, has ambitions for her son—and herself—but Ireland is a dangerous place and kings tend not to stay kings for long. Gormflaith also has a secret. She is one of the Fomorians, an immortal race who can do fire-magic. She has kept her powers hidden at all costs, for there are other immortals in this world—like the Tuatha Dé Danann, a race of warriors who are sworn to kill Fomorians. Fódla is one of the Tuatha Dé Danann with the gift of healing. Her kind dwell hidden in a fortress, forbidden to live amongst the mortals. Fódla agrees to help her kin by going to spy on Brian Boru, a powerful man who aims to be High King of Ireland. She finds a land on the brink of war—a war she is desperate to stop. However, preventing the loss of mortal lives is not easy with Ireland in turmoil and the Fomorians now on the rise…

This is a historical fantasy that you will not want to miss! It is a clever blend of existing history with a magic system that is interesting and pulls you in. The character work that is displayed is top notch, often making me wonder which POV I wanted to focus on more. The action that was present, was bloody and visceral, lending to some heart pounding page turning. The best thing that I can say about this book, is it far exceeded everything that I was expecting!

The strength of the novel was the characters. Each chapter would switch between the two main characters (written in first person for each), but each is a strength in their own setting. Both of them are very powerful female characters and have very different goals. The thing that I wanted more of was the magic system, wanting to know more of what they had done in the past. I am positive that this will be made known in future installments of the series however, and the explanation of the existing parts of the magic is fantastic!

Brilliant writing that will leave you thinking about what just happened and what is to come in all of the right ways. I highly recommend this novel for those with ties to Irish history as well as to those who want a great novel with amazing strong female POVs. This is a novel that will resonate with many different types of readers, leaving a taste that will make them crave for more of this series. I eagerly look forward to where it will go.