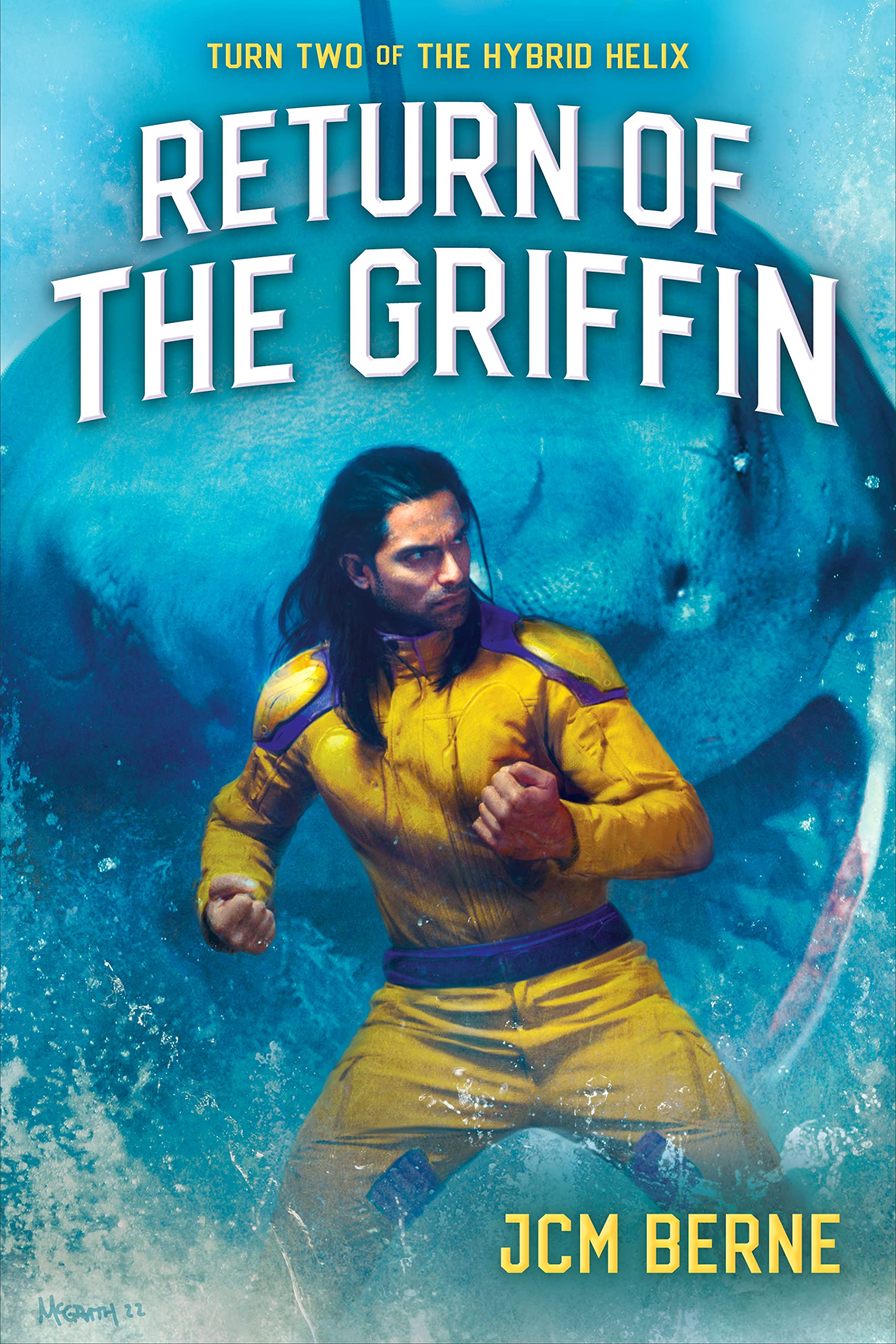 Humanity faces extinction. Ten-kiloton monsters are rising from the depths of the Pacific, levelling entire cities in frenzies of destruction. Earth’s heroes have been decimated. The survivors put their hope in one last, desperate plan: find Hyperion, Earth’s most powerful hero, and ask him to return from exile to save them.
What they don’t know is that Hyperion is dead.
The Griffin spent ten years fighting wars across the sector as a weapon of mass destruction for the il’Drach Empire. His victories made his name a curse on a dozen worlds and a nightmare on scores more. He retired to the peaceful station Wistful and discovered that leaving his name behind didn’t clear his sins, his debts, or his conscience.
Earth’s peril may give him a chance for redemption, if he can only find a way to stop the monsters without turning into one. Without becoming The Griffin again.

Rohan returns!! The wit and the sarcasm of Rohan is once again prevalent and present in the second installment of the retired superhero. It was great to return into the presence of characters that I had come to love and really enjoy in the first novel and see them in a new adventure. Rohan uses a lot more of his powers and explains a lot of his history from his time on earth. This novel is action packed, even fighting gargantuan land sharks!!

The strength of the novel is the action and humor of the characters. We are introduced to many new characters with their own variety of powers. This adds a great variety and a new aspect to the fight scenes that are throughout the novel. The one thing that I found a little disappointing was not enough of the previous characters. This is largely due to the new location where the novel takes place and the new cast of characters is just as great. Overall, the wit, humor, and action are all excellent throughout the entire length of the novel.

Return of the Griffin is a return to excellence! The author does a fantastic job of continuing the story of our favorite superhero that constantly finds himself in new situations. This series constantly continues to show the promise of a long running new epic of a superhero. I am thrilled to constantly return to this universe. Let Rohan fly you into another great adventure!!

Thank you for taking the time to read my review! As always, happy reading and Stay Great!!