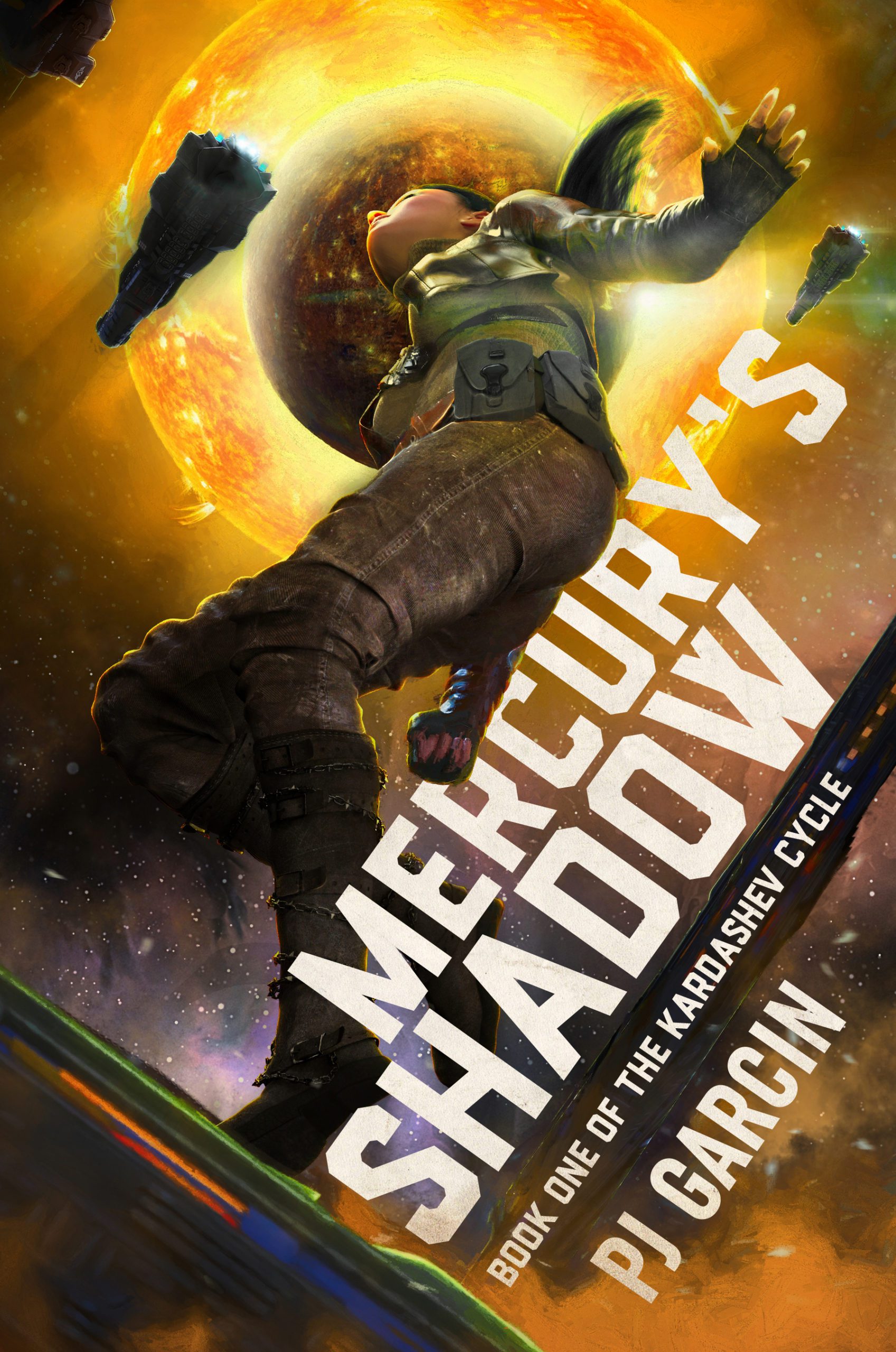 A civilization changing technology threatens the future of humanity — can a young girl from the outer system stop it all?

Imogen “Chim” Esper is thrust into the center of an interplanetary conflict when her father is injured on a spacewalk on a mining station. Haunted by guilt over her own role in the events leading to the accident and the cold indifference of the Kardashev corporation, Chim struggles to find her place in a society that is poised for revolutionary transformation.

The Kardashev Corporation dominates all commerce and politics in the solar system after coming to prominence in the great expansion led by space mining. Alton Neal, the CEO of Kardashev is hell bent on transforming society by capturing the full energy output of the sun.

Citizens of Earth and the stations throughout the system must band together to protect access to the lifeblood of the system or risk becoming permanently enslaved to the Kardashev Corporation.

Mercury’s Shadow is a thrilling adventure that blends real science, big ideas, grand adventure and high stakes to introduce a new heroine and a deep universe that will leave readers asking for more.

Be prepared to ponder the future. Mercury’s Shadow is a clever tale that utilizes the advances of technology to create the beginning of an empire. The ideas and themes of this novel will definitely cause a reader to think of what are we willing to sacrifice in order to obtain the absolute power that technology could provide. The pace is frantic, a perfect way to set up the tension and panic that the characters begin to feel as the plot plays out.

The strength that I found in this novel is the way that it uses science and technology in a believable way to create different tools and machines that could be seen in our future. This plays to the fear that we could have of what may happen if we relinquish those freedoms in order to have the latest advances. There are some conveniences with some of the side characters where we do not discover the personality until later. A lot of this comes from the length of the book, not having the time to truly delve into the world and build that would have really made them stand out more. The pace is great, making this a very fast read.

The author has created a future universe that could put a seed of fear into us about the future of our world. At the same time, he shows us the hope of what a single person can do to influence the path of the stars. A genius use of technology, with gadgets and robots, a setting that is familiar, and a pace that will keep the hear pounding, Mercury’s Shadow is a thrilling new sci fi read that many will find something to enjoy.

Thank you for taking the time to read my review. As always. happy reading and Stay Great!!

Disclaimer: I received this book as part of the tour for Mercury’s Shadow by the Escapist Book company. This copy was given in exchange for a fair and honest review.