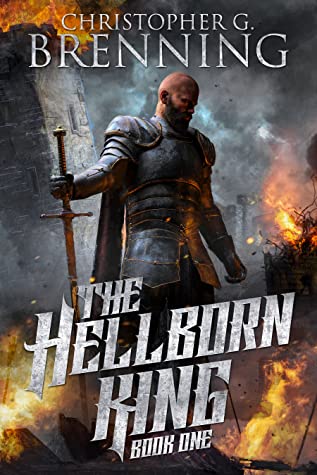 A KINGDOM AT WAR.
A ROYAL FAMILY AT WAR WITH ITSELF.

After the massacre of his people, Damien Dreadfire leads a patchwork army of unlikely allies against the Kingdom of Betanthia. The alliance teeters on the edge of a knife, as old rivalries between clans threatens to tear it apart. With the help of his trusted friend, Einarr, and a strange mystic, Damien launches a bold offensive that will decide the future of the free lands. Short on time, and even shorter on men, the fate of a once vibrant culture and its people rests on the outcome of the next battle.

Meanwhile, Betanthia’s crown prince, Gareth Bethard, faces dangers of his own. With his family coming apart at the seams and a growing conspiracy afoot, he tries desperately to hold everything together. Even as Gareth grapples with inner demons, he must learn to take up his father’s mantle as the protector of civilization and defeat Damien’s invading horde. It’s only the fate of a thousand-year dynasty resting on his shoulders, after all.

The Hellborn King is a very fun read! The prologue is something that will blow people away. I thoroughly enjoyed reading through the different kinds of battles that the author gives us, from the hand to hand combat to the internal conflicts of some of the characters. I found myself torn on which side of the conflict I wanted to know more of, a testament to how the author pulls you in. It is told from both sides of the battles that occur, making it realistic and pulse pounding. It is brutal. It is bloody. It is fantastic.

The battles are the highlight of this book, from the very beginning. The tension is built up in a great way, making the reader look forward to the next conflict. I know that this dark is described as being dark, and it is. But it doesn’t hide from that fact. The only thing that really felt off to me was the jumps in time when switching viewpoints. It only takes a second but does interrupt a little of the flow of the pace. It is easy to get back into the story but may take a second or two to figure out where in time the viewpoint is taking place.

The Hellborn King is a great dark tale of blood and war. It may look like a big book but the story itself flies as if flung from the biggest trebuchet ever built. It will pull you into the depths of the world and refuse to let go from the very beginning in a stunning and breathtaking way. I read the prologue twice, it was that good. If you are looking for a dark book with unforgiving characters, then you have found the perfect match.

Thank you for taking the time to read my review. Happy reading and Stay Great!!