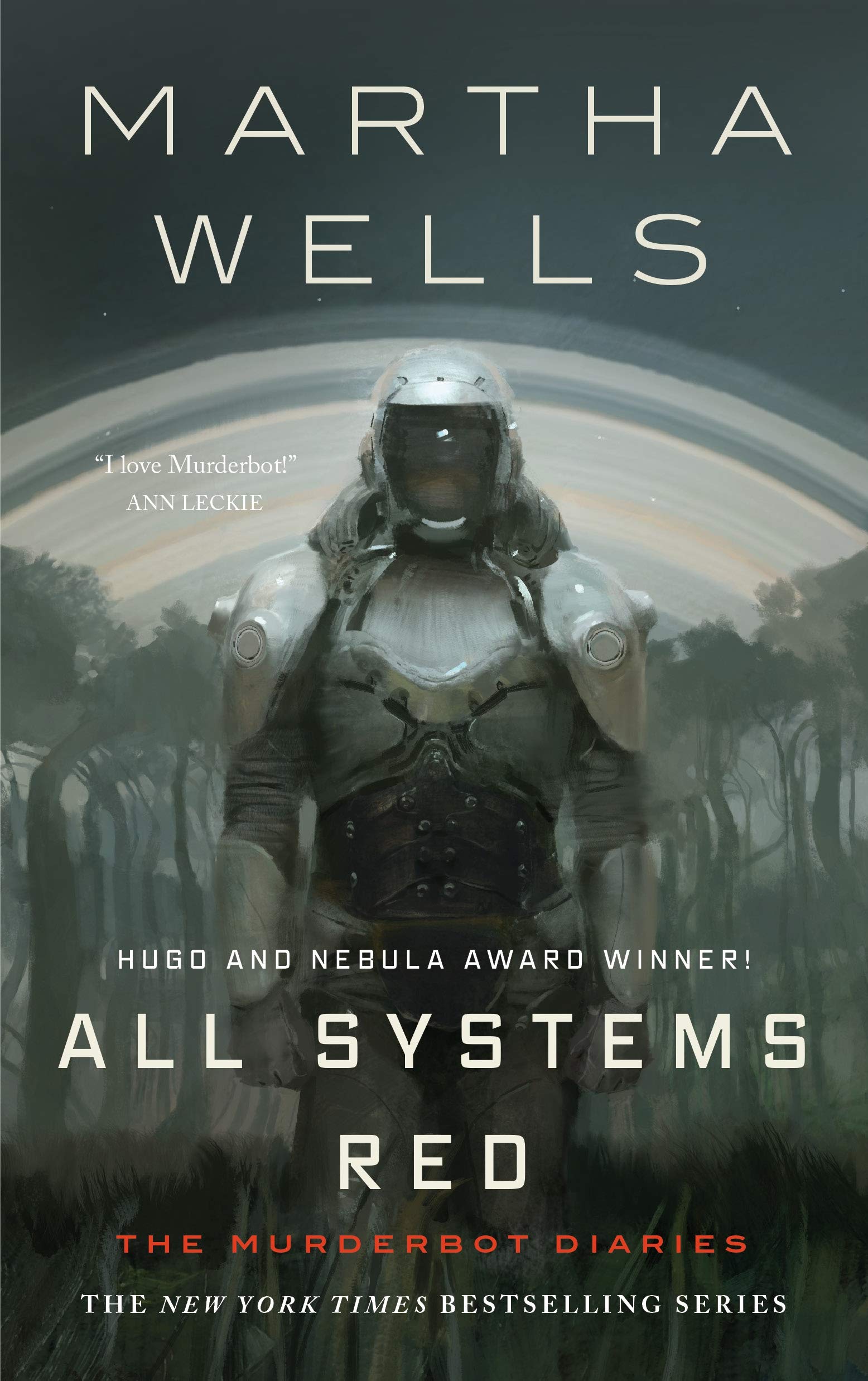 In a corporate-dominated spacefaring future, planetary missions must be approved and supplied by the Company. Exploratory teams are accompanied by Company-supplied security androids, for their own safety.

But in a society where contracts are awarded to the lowest bidder, safety isn’t a primary concern.

On a distant planet, a team of scientists are conducting surface tests, shadowed by their Company-supplied ‘droid — a self-aware SecUnit that has hacked its own governor module, and refers to itself (though never out loud) as “Murderbot.” Scornful of humans, all it really wants is to be left alone long enough to figure out who it is.

But when a neighboring mission goes dark, it’s up to the scientists and their Murderbot to get to the truth.

I am excited to say that I am back reviewing books. I have finished my first book of 2022 and I am here to tell you what I thought about it. I started with All Systems Red which is first in a series of five novellas called The Murderbot Diaries. It is a short read with only about 144 pages but the book packs a punch and keeps you engaged. All Systems Red has all the elements I look for in the sci-fi genre. It gives you space exploration, AI, and action. I read this rather quickly to my surprise and I am sure you will too.

The story is told in our little SecUnit, Murderbots point of view. I like this style of writing because it makes the reader feel as if the character is speaking directly to them. In this case, it gave the book so much personality. In All Systems Red, were not only introduced to Murderbot, but were also introduced to the group of humans he is assigned to work with. They are all equally likable except for one that didn’t particularly rub on me well. The MC Murderbot would rather sit in their cubicle and watch their entertainment than be around humans. The book states that it has no gender and I like that it has this representation.

The humans are on a planet examining samples for the company but after a series of events, they come to suspect that the mission is compromised by an unknown source. They realize that they are missing data and start to suspect our friend Murderbot as the suspect. I’m not one to tell spoilers but you will have to read it if you want to know who the villain is. I feel like if I write too much about the book, I’ll just end up spoiling the whole thing.

The author did a really great job creating a story that keeps the reader engaged. When I finished All Systems Red, I was left with that feeling of wanting more but then I realized I have 4 more books including a novel full of Murderbot and his adventures to read. This is a great series for readers that enjoyed Velocity Weapon by Megan O’keefe and the Skyward series by Brandon Sanderson.